VTOL stands for vertical take-off and landing and, as the name suggests, refers to aircraft that can take off, hover, and land vertically. The best-known example is the helicopter. 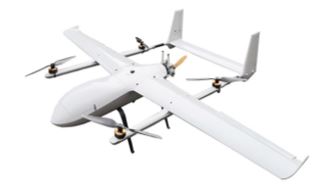 There are two different types in a VTOL technology: rotorcraft and powered-lift. Rotorcrafts, or rotary-wing aircraft, are those that use lift generated by rotor blades spinning around a central mast, like example are helicopters, quad copters, and gyrocopters. Powered-lift vehicles are those that take off and land vertically but perform differently from rotorcraft when in flight. They typically have a more conventional fixed-wing plane design. Examples include Bell Boeing V-22 Osprey, which takes off and lands vertically but uses fixed-wing lift in normal flight. Vectored thrust planes, such as the Harrier Jump Jet series also used powered-lift by manipulating the thrust from the engine or motor to control the flight of the aircraft. 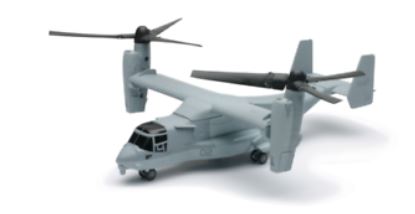 Most powered-lift planes in use today, including the Harrier, V-22 Osprey, and the new F-35B, are V/STOL (Vertical and Short Take-off and Landing) vehicles. They can also take-off like a normal aircraft on a runway especially when loaded with heavy weapons. VTOL technology means aircraft can theoretically take off and land almost anywhere, making them far more flexible. They're also able to perform various maneuvers that are not possible with a conventional plane which is a significant advantage for aircraft in combat situations. Moreover, VTOL aircraft such as drones that use electric motors are more energy-efficient than those using jet engines. 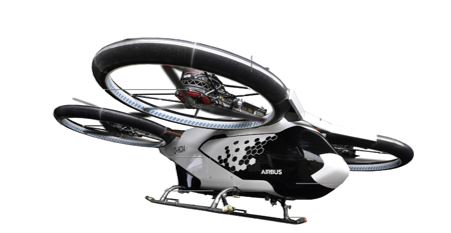 Many firms are developing aircraft that use a VTOL system. Like ride-sharing app firm Uber has pledged to launch its first flying taxis in 2021 sing VTOL. Meanwhile, many aviation startups aim to offer an on-demand flying taxi service that it claims will be five times faster than traveling in a car. The current prototype is a two-seater aircraft shaped like a conventional plane that uses a VTOL system. And, at the 2017 Geneva Motor Show, Airbus showcased a prototype flying hybrid car. The modular vehicle can disconnect from its wheels, after which it is picked up by a flying set of rotors. Additionally, NASA has developed the battery-powered GL-10, which takes off and lands vertically but flies efficiently like a conventional plane.